Emcee Livvy Camacho started the Programme with an invocation, followed by messages from Gene Lopos and Romi MananQuil. Guest of Honour Rosemer Enverga, President of the Philippine Canadian Charitable Foundation, and Recipient of the Queen’s Diamond Jubilee Medal by the Governor General of Canada for service to Canada, spoke about the importance of art, the contribution by PAG and its artists to the community, and the connection between PAG and her late husband Senator Jun Enverga. (Senator Enverga was a guest artist at PAG’s 2016 Annual Exhibit.) Nerissa Pineda capped off the programme with the artist introductions. If there’s a word that CANNOT describe the Opening, it would be “staid.” Rather, this celebration of art throbbed with life…people milled about, throwing off the heavy mantle of Covid isolationism, and drank in the joys of community, of seeing one’s friends and acquaintances again. The gay atmosphere was enlivened not just by the surrounding artworks, but also by the music present throughout—from the delightful PAG quartet of Rolly Abarilla, Teody Asuncion, Jhun Ciolo Diamante and Toots Quiachon, Emcee Livvy Camacho who sang quietly yet beautifully, and PAG ex-President Omel Masalunga whose musical talents are always impressive. Theresa Lumanlan’s delicious homemade empanadas and buttery biscuits also added wonderfully to the occasion. Although very well-attended, the presence of Necie MananQuil (Maestro Romi’s wife and muse), who passed away in August 2020, was still very much missed. Before the Event ended, the People’s Choice Award was announced—Gene Lopos’ “Mama Dora.” A close second was Peter Duarte’s “Kalinga Woman.”

For those who’ve put aside their pandemic fears and ventured out for an afternoon of fellowship, fun, gaiety, and beauty, the PAG Opening Reception was just….PERFECT. 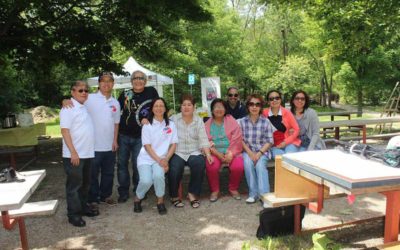 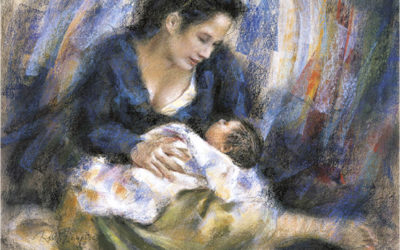